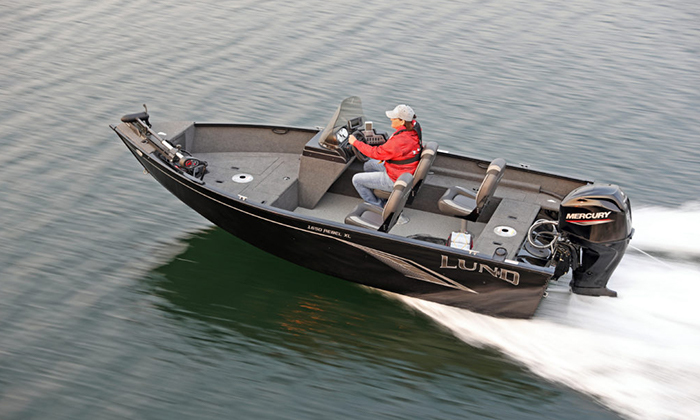 The 2020 Edition of the Luremasters is not just bigger in terms of the field of anglers, but also in regard to the prizes to win!

We are delighted to officially announce the partnership with Bootssport Gräf as Sponsor of the Luremasters 2020. The great prize is going to be a LUND Rebel XL that is going to be paired with a Mercury F80 ELPT engine provided by Mercuy Marine.

It is a pleasure to have Christopher with Bootssport Gräf on board to support the Luremasters. The best anglers over 3 tournament days can look forward to receive a tournament ready LUND fishing mashine.

We are sure there are going to be up’s and down’s for the 99 teams battling for the title of the the Lurmemasters Champions and the great prizes to win – who is it going to be? We don’t know yet, but we will on September 26th. Make sure to follow our Social Media Channels!