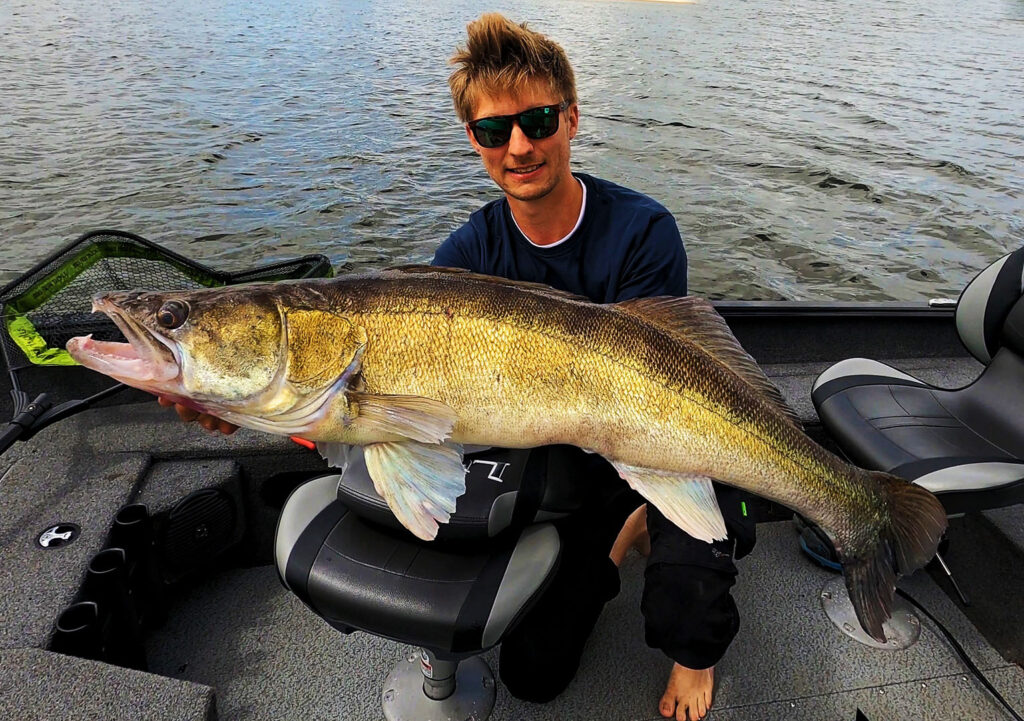 With a field of 103 anglers, the ActiveTarget Online Zander Open, presented by Lowrance, was the most attended Online Open out of the first series. The field was packed by many well known European Zander anglers such as Jeremy Staverman, Igor Vucenic, Julian Dicke, Freddy Harbort, Charles Roling and many more.

It was amazing to see what the field of competitors was able to catch and report during the event with many fish over 90 cm and even three fish over the magic one meter mark.

In the end it came down to Ben Quack, Freddy Harbort and Christoph Barra to decide who will will be crowned the first Online Zander Open Champion and with the top prize provided by Lowrance: The brand new ActiveTarget transducer kit together with the flagship fishfinder HDS Live 9″ and ActiveImaging 3-in-1 transducer.

With almost breaking the 500 cm mark for 5 Zander, Christopher Barra has shown some impressive fish with 100, 99, 98, 98, 97 cm for a total of 492 points and while Freddy and Ben tried hard to catch up, Christopher is bringing home the title.

Be warned for the next one: Freddy Harbort was already asking for revenge 🙂

Thank you very much for everybody involved and all the positive feedback. We hope you share your experience with others and make the upcoming events even more exciting and with more anglers from all Europe.