The first European to win in the USA 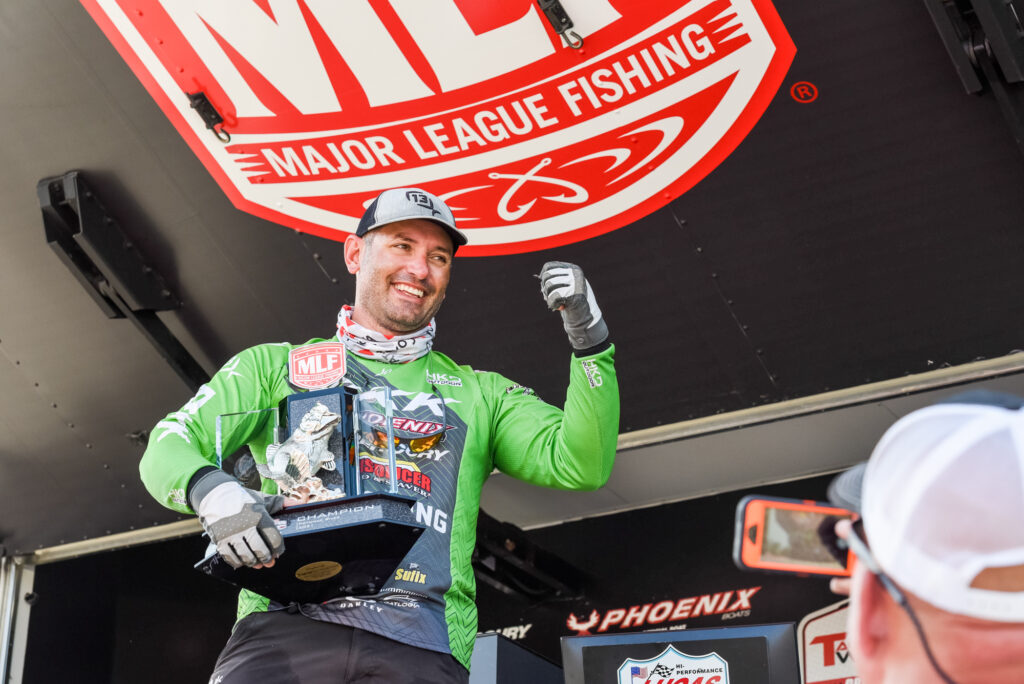 When it comes to tournament fishing, there is clearly one leading nation in the world: The United States of America. Fishing in general has a very long tradition in the USA and the history of tournament fishing goes back to 1967 when Ray Scott organized the first official bass fishing tournament within the organization of the Bass Anglers Sportsman Society (BASS) which today is still offering a huge tournament structure from high-school fishing to the huge Bassmaster Classic where the best of the best pro anglers are competing for a big check, but much more important for the prestigious trophy. Also BASS is playing a big role when it comes to conservation.

Along with the BASS there was also the Fishing League Worldwide (FLW) which was acquired in 2020 by the newly formed Major League Fishing (MLF). Both of these big organizations are running different tournament formats, which are broadcasted in live streams and on television around the world. Also in some countries outside the USA there is a BASS nation and MLF tournament fishing structure, which enables the best anglers of each nation to compete in a major tournament in the USA.

When I was competing in my first Italy Bass nation bass fishing tournament 10 years ago, I met a guy called Jacopo Gallelli. He was very open and supportive and helped me a lot with the questions we had about the tournament and even gave us some tips about fishing the lake. When we talked I noticed not just his passion for fishing and the sport, but also a clear will to become a champion. He already mentioned back in the days that his goal is to be a professional bass angler in the US and that he was “born on the wrong side of the ocean” to make this dream happen in an “easy” way. From that moment I met Jacopo many times and every time we met, he was very focussed and structured about what he was doing and he was even competing as individual angler in team tournaments in order to practice for future formats and maybe also to give him some extra challenge.

2018 was his year in Europe when not only became Italy BASS nation champion, but also FLW Italy champion in the same year. That way he qualified to compete in the BASS nation championship and did what nobody expected: He finished 3rd and qualified for the mighty Bassmaster Classic in 2019 as first European competitor.

Since then he decided to go all-in and stay in the US to make his dream come true. He entered into two MLF Open divisions and qualified in both to make it to the MLF pro circuit, where he has just won his first tournament in the United States on the Potomac River.

We want to congratulate Jacopo for following his heart and his passion in order to make it to the top. We know it has been a long road and we are proud to see you make history. Keep it up Jack!