The story of a giant pike that loves attention 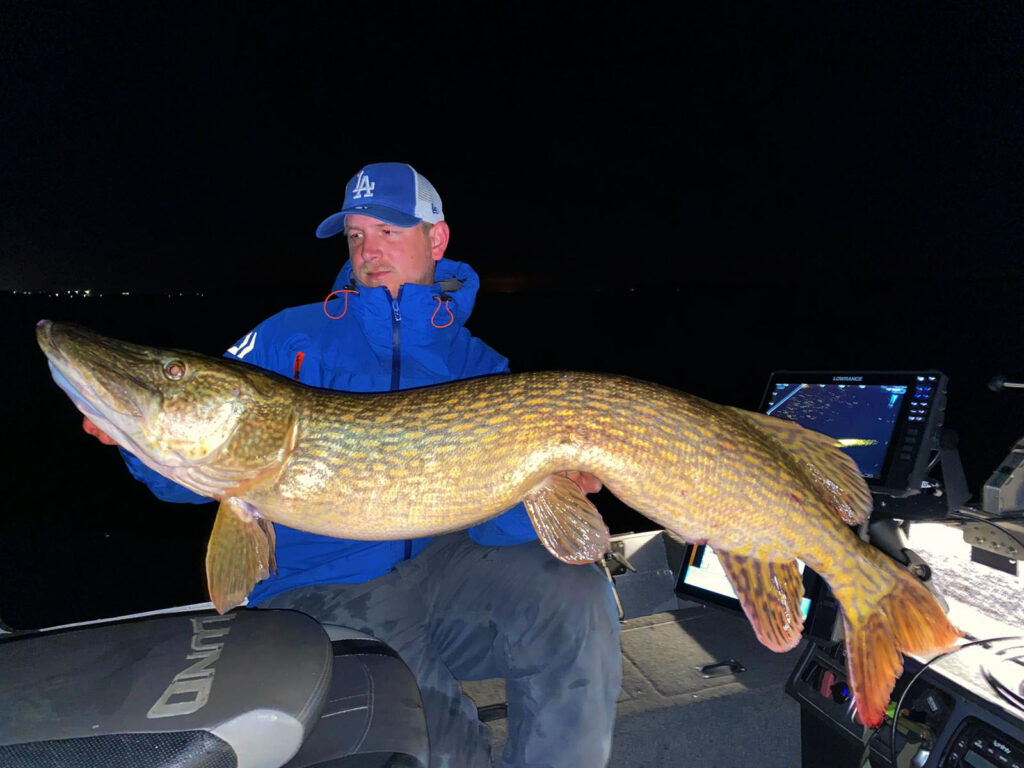 The first three Lure Masters Online Open events turned out to be very exciting and eventful in many ways. Not only do we have two winners in the Online Perch Open because Goran Vidakovic and Kilian Grimm managed to score the exact same length of all 5 scoring perch, but also did we have a very special pike that created a lot of “trouble”.

Right in the first week of the A.S.O. Online Pike Open Kai Pohl managed to catch a massive northern pike of 133 cm in the Netherlands that gave him valuable points for the ranking. At the same time this pike was the biggest one ever reported in the newly developed Lure Masters Online Open format. The fish was released back into the water after the quick measuring.

Then, on the last day of competition, the Lure Masters Jury received another report of a huge pike with 133 cm that was caught by the Belgian Angler Johnny Vanalken in the Netherlands. Johnny already said that it must be the same fish as caught 5 weeks earlier by Kai Pohl.

As our rules for the Online Open include that a fish can only be scored one time per tournament, the Lure Master Jury found themselves in a very difficult situation. As there was no doubt that this impressive pike was caught in a 100% legal manner, just a few weeks later, we talked to Johnny himself first and told him that we are in conflict with our rules. But as the intention of our rule is totally different we agreed to talk to everyone who is affected by the changes in the leaderboard personally. It was quite impressive to see that nobody had any doubt to score this impressive fish and we are happy that we can say that this record fish can be scored twice in the competition.

Later on we received feedback of other anglers who have caught this particular fish years before and we think this is a very good prove that catch and release does have a very positive impact on our fisheries. At the same time we think this fish loves to come aboard for a short visit and a photo. Lets see if it will show up in the next event again.

Here you can find the final ranking of the A.S.O. Online Pike Open